For years, professional boxer, and former WBC Heavyweight champion Frank Bruno battled bipolar disordered without fully understanding what was happening to him. He was sectioned (the British term that describes in the United States what is known as being committed) under the Mental Health Act several times and was prescribed a variety of different medications. But according to Bruno, he stopped taking those medications approximately three years ago and has been managing his mental health disorder with fitness, a healthy diet, and a positive attitude ever since.

Bruno has publicly spoken of his struggles with mental health. His stories include one occasion in 2015 when he pushed himself so hard that he felt he hit a brick wall while training for the Greater North Run. Following the race, he admitted himself to the hospital for what ultimately ended up being diagnosed as a severe bout of depression.

Nearly five years after that event, Bruno reports feeling better than ever. He recently became a grandfather and says he looks forward to babysitting and doing a variety of grandfatherly activities with his grandchildren.

No Shame in Saying You Need Help

Bruno struggles with his mental health are well documented and he has spoken candidly about his darkest days while struggling with bipolar disorder. About his two stints in a mental health facility, he said the time he spent in the facility felt like five years, even though it was five weeks, and he described it as being harder than his time in the boxing ring.

Bruno describes how fitness has always been part of how he dealt with his mental health. He would get through difficult phases by doing 4000 press-ups per night. He also turned to prayer and worked as a mental health ambassador. In 2014, he joined a national campaign to improve mental health care offered to people with depression and bipolar disorder.

About his illness, Bruno says, “If there is one thing I’ve learned from my illness it is that there is no shame and no harm in saying you need help. Mental illness can happen to anybody. You can be a dustman, a politician, a Tesco worker… anyone. It could be your dad, your brother or your aunt. People need to have compassion for others. After I came out of hospital people would cross the road rather than walk past me in the street. I felt like I was in panto again. It made me realize there is still a huge stigma attached to mental health. It is embarrassing for many people to deal with. But admitting you are ill and getting help is nothing to be ashamed of. It’s not shameful to have a nervous breakdown like it was in the old days. It’s nice just to let it out because the more you keep it in, the worse it can be when it does come out.”

What is Bipolar Disorder?

Bipolar disorder is a diagnosable mental illness which can trigger drastic shifts in a person’s mood, as well as their ability to think clearly. When someone has bipolar disorder, he can experience phases of dramatic high and low moods. The high periods are called mania and the low periods are depressive in nature, which is why the disease was once called manic-depression. These shifts are far more severe than the normal highs and lows most people feel throughout their lives.

Symptoms of bipolar disorder include feelings of debilitating depression, usually for about two weeks, preceded or followed by at least one episode of mania or hypomania. Hypomania is a milder form of mania that doesn’t include psychotic episodes. People with hypomania can function well in social situations or at work, but they still struggle with mental health.

Bipolar disorder tends to worsen if left untreated, but there are many different treatment options available, including psychotherapy, medication, self-management strategies, healthy living and adopting good habits. Most people find that a combination of a few of these approaches works best.

Researchers are unsure exactly what causes someone to develop bipolar disorder, but they believe genetics, brain structure and function, and stress all contribute to a person’s risk for the disease. Misdiagnosis tends to be common and some people with bipolar disorder have been diagnosed with schizophrenia.

Usually, when a person is diagnosed with bipolar disorder, he or she is categorized as having either Bipolar I or Bipolar II.

According to Dr. Keming Gao, a professor of psychiatry and co-director of the Bipolar Disorder Research Center at Case Western Reserve University School of Medicine in Cleveland, “The two kinds of differences between mania and a hypomanic episode are duration and severity.”

Much of their diagnosis depends on what phase they are in – manic, hypomanic, or depressed – when they visit their doctor. Those in the latter phase might be diagnosed as depressed and prescribed antidepressant medication. In some cases, patients fail to tell their doctors about their mania or they intentionally hide those symptoms because they believe there is a stigma attached.

Gao believes that despite the steps society has made in dealing with mental illness and talking about depression, many still feel uncomfortable talking about bipolar disorder, even when seeking medical attention. And because the manic stage of bipolar doesn’t “feel bad” like depression does, some people are reluctant to seek treatment for this component of their disorder. 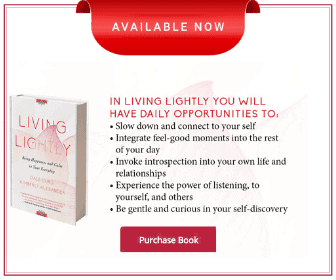